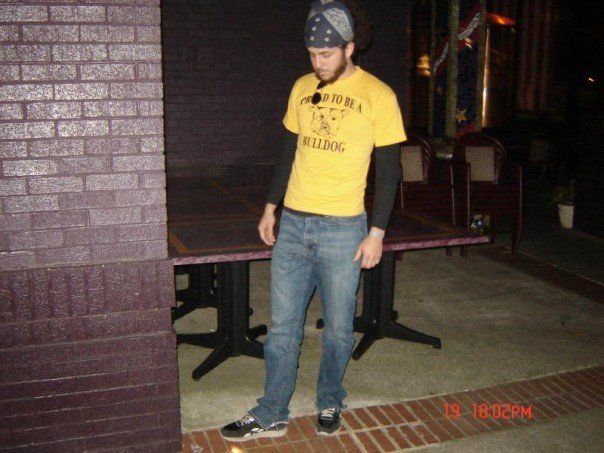 Does "getting over" someone who has passed away mean that we erase our memories?

June 10th will mark 9 years since my brother Daniel and his girlfriend Suzanne passed away in a car accident. I am self-conscious of openly writing about this topic, in fear people will shake their heads thinking "Yea, Nathan just won't let it go," or "Nate is such a melancholy person." If I am a melancholy person, I went to a grief counseling session in Greensboro about 2 weeks ago to keep things in check(something I've done sporadically over the last 4 years). I've written pages and pages about grief and my brother on my computer. Most of it is trying to make sense of American and Christian grief habits, most of it is a record of memories. It is very emotional. But as I've said in a previous blog entry, grief takes years to get over.

If I write about this, I assume people will think-----"Nathan just won't let it go." This is a strange phrase and a suggestion I am skeptical of. This phrase along with the suggestion of "getting over a family member dying" are saying that I should forget about my brother. But part of grief is navigating these vague phrases that people tell you, which are often difficult to define.

Does "getting over" someone who has passed away mean that we stop missing that person? I do not ever want to forget the memories that my brother and I had with music. Daniel and I were not only brothers, but kindred spirits when it came to music. I don't want to forget that for a few good reasons.

"Hey man, have you ever heard this song?"

About 2-3 hours before my brother's funeral, my mom said "Nathan, the funeral home just called and said you can go see Daniel's body one more time at the funeral home. You can drive up there now if you want." I decided I should go, but before going, I grabbed a scrap piece of paper and quickly wrote down a list of 8 things that I meant to do with Daniel, but never got the chance to do. I don't know where I got the idea to do this, but I quickly wrote a short list down. There seemed to be a clarity of exactly what I wanted to do with him, but would now never be able to do. I took the piece of paper and drove to the funeral home . It was June 13, 2007. When I arrived at the funeral home, a man took me to a large room with dark red carpet, where his casket was across the room, open. 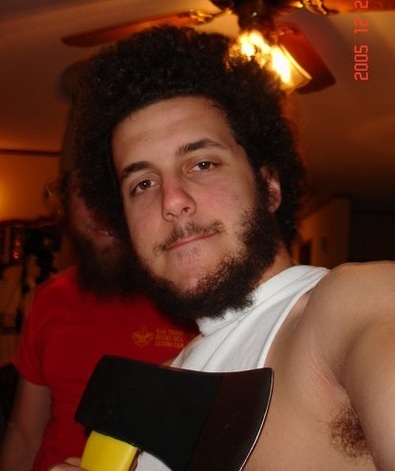 I walked over to the casket and looked at Daniel. His afro that had been trimmed down. He'd grown it out in the spring of 2007, however someone at the funeral home had made his admirable afro look tame and manageable. He was wearing my favorite gray dress pants that I bought at Marshalls in 2002. I put the piece of paper in the front pocket of his dress shirt, unsure if any of the men at the funeral home would take the piece of paper out or not. One of the the 8 things I wrote down, on that piece of paper was "I want to play in a rock band with you."

Nine years later, I still think about what it would be like to be in a rock band with my brother. Certain songs I hear bring this to mind. Recently, I heard a song on Pandora by Future Islands titled "Long Flight" and I thought of three things. First thought----"Who is this band?" The second thought is "I love this song." My third thought "I want to be in a cover band and play this song------and Daniel must be in my cover band, right by side." For this sort of daydream to be complete, Daniel needed to be there in which we would form some kind of special chemistry like Alex and Eddie Van Halen. All of this raced through my mind me during the 4 minutes of that song. I continued to think about this for about 2-3 hours that night.

Four Reasons the Hypothetical Band Makes Sense (in a Daydream)

But then I say to myself "this is impractical, stop wanting impossible things. Go look at your to-do list of real things or go to bed. Stop wasting your mental energy Nathan." It became a conversation I have with myself between one side that says "Stop wanting impossible things" and then the other that lays out logical reasons why I deeply desire to be in a band with Daniel.

Here are a few of those reasons:

And these are the reasons I would want to be in a band with Daniel.

With grief, there are many what if's. For me, this is the central "what if?" I entertain this as an ultimate hope, a dream come true and perhaps a kind of redemption. It is hard not to think this thought for me when I hear certain songs on the radio. But I think just comes down to the fact that I really, really miss regularly talking to my brother about music. If he were here today, I don't think I would be forming a band with him. Instead----to be realistic----- I would be emailing him Youtube videos of new music I've found. It seems, instead, I've got about 9 years of music that I'd like to share with him and talk to him about. I just miss my brother.

"Getting Over" Cannot Mean Forgetting

I expect to have this strong urge to contact my brother when I hear new music that I love for the rest of my life. I expect to see him in heaven one day. I am sure I will be completely distracted by the presence of God and angels to remember to chat with Daniel about songs I heard in 2010. I believe God created siblings to have meaningful relationships. Yet on earth and in American culture today, we often get mixed signals about grief. I do not think we should be made to feel guilty for missing the character, personalities and memories of those people who pass away. If someone says I should "get over" my brother, I can understand where they are coming from, but I can never accept the idea of forgetting about someone as a healthy part of grief.

My brother's girlfriend Suzanne Cranford died with my brother in the car accident in June of 2007. My family and her family have kept in contact over the years and in many ways, helped one another. I had a short email exchange with her father about 2 years ago. Suzanne's father Steve Cranford mentioned the importance of telling stories about his daughter to keep his memory of her fresh in his mind:

"For myself, I have expressed to people that it may sound strange, but I never want to reach a place where I am not "hurting" about losing Suzanne. I never want "acceptance" of her passing to mean that I cannot remember and feel her spirit and who she was. Talking and thinking about her is the only way for me to do that. It is those memories and those feelings that move my emotions and make me understand how much I loved her, what an important part of me and our family she was, and what we are missing with her being gone. She is not here to do that for herself. Only the stories and memories can do that now."

What Steve has said above about Suzanne expects the memories to be an emotional thing that is fine to engage in after the event has happened. To remember someone well, means that you do feel something and aren't attempting to numb yourself to good memories of a person. No doubt, we do need to function, and put emotions aside. But in the long term-----we should not erase our memories of awesome people who made a serious impact on our lives. For me, I don't think I should feel shame for wanting to be in a band with Daniel (unless it becomes an all consuming life obsession.)

Lately I've been playing Daniel's Ibanez guitar that he played over 10 years ago. I've been doing my best to learn new chords on the guitar since Christmas. I can play fragments of about 5 different songs. I've got a long way to go before I am competent enough to play with a band. But if the opportunity ever comes along to join a thirty-something rock cover band, I might give it a shot.