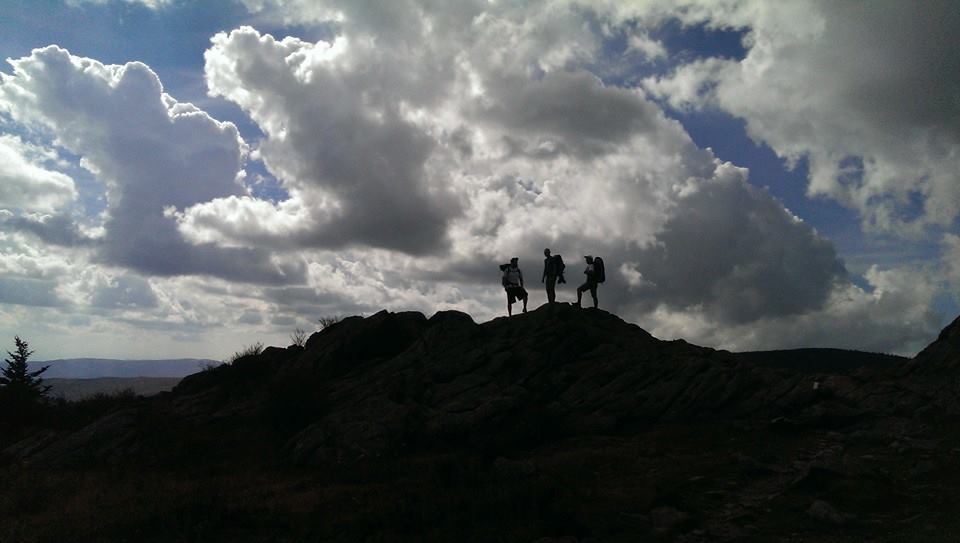 On my 29th birthday, I wrote down in a notebook that I would learn to be a competent backpacker before my 30th birthday. For years I'd been gathering people to explore state parks on day hikes. Yet I was not confident enough to lead a pack of friends into the woods overnight. After about 2 1⁄2 years of talking to experienced backpackers, researching trails in the South and lots of experimentation, I am now an experienced backpacker.

Not only can anyone learn how to spend a night in the woods, but I believe anyone can learn to lead a group of friends on one of the many trails in western North Carolina.

While spending most of my time in Davidson, Guilford and Carteret counties over the past few years, I've heard people talk about their desire to hike. Yet it often seems as if people are waiting for a leader from the backwoods of Asheville or Boone to emerge with gear and a plan saying "You guys wanna go? We'll be leaving Saturday morning at 8." Such hope for leadership is understandable because it is often easier to follow than to lead.

A Need For Adventure Leadership

I don't believe I need to explain why a person would want to spend a weekend in the woods. People want to go on an adventure to test themselves outside of the luxuries of the suburban lifestyle or to gain a sublime glimpse of mountain vistas. There is a demand for outdoor experience, but we need leaders to help facilitate the adventure.   I believe there are thousands of people waiting for someone to invite them on a trip into the woods, as long as they don't have to lead it.

Why are people sometimes hesitant to be a leader on this kind of trip? Because if things "get real in the woods," you will look like an idiot.  Backpacking unprepared has consequences, but that's part of the reason it is attractive.  Nature writer Aldo Leopold writes that when young adults explore the wilderness, like backpacking in the woods or canoeing an unknown river, it is not just the scenery that is thrilling. Exploring the wilderness, Leopold says, is exciting because it represents

"the complete freedom to make mistakes. The wilderness (gives young adults) their first taste of those rewards and penalties for wise and foolish acts which every woodsman faces daily, but against which civilization has built a thousand buffers."

Walking into the wilderness gives you the chance to make mistakes.  It is also the silence and beauty of nature, but backpacking can build confidence by experiencing the risk of avoiding dumb mistakes.

I have looked like an idiot while leading a backpacking trip, but nobody was seriously injured, just a minor injury to my pride.  A pony did trample my tent (explanation later). As long as you are OK with taking the responsibility of certain failures or the inevitable surprises in leadership, those you are leading and yourself will likely be OK physically with minor injuries to your ego. The payoff is self-reliance, good stories and experience in the North Carolina woods.

Step #1: Do careful research on the trail and the weather conditions of the region. For years I had heard about Grayson Highlands National Park in Virginia. In the fall of 2012, I chose a weekend and committed to planning an overnight trip to this park. I wrote down notes about the park, printed out trail maps online and made a written schedule for where I would stay. It gave me a mental picture for what I intended to do along with giving me written instructions from previous hikers that I'd pieced together from online websites. Finding maps and trail information is easy with the internet.  A curious person can find some of the most specific and obscure trail information by simply using Google.  But all of this must be before you hit the trail, not last minute.  Research calms your fears.  Knowledge of where you are gives you confidence.

Step #2: Learn from an experienced backpacker.  I learned from my experienced friend Wes Johnson. Wes had previously hiked the John Muir Trail in California.  I invited him on my first trip to Grayson Highlands.  If any of my plans failed, I knew Wes could adjust to about anything unexpected that happened and or give me tips on how to solve a problem. Even more, Wes has about every piece of backpacking gear imaginable.

When I say "gear," I mean a variety of backpacks, stoves, sleeping bags, sleeping pads, hiking shoes, maps, raincoats, rain pants, socks and a tent. For those new to backpacking, I cannot stress how essential it is to befriend those who are regular backpackers who might inform you about quality equipment or allow you to borrow things you do not have. On this trip, we ended up hiking a trail on the edge of Grayson Highlands called the Mt. Rodgers trail. We found a beautiful meadow with large bulky rocks and a view of Jefferson National Forrest.   At the end of our trip, I felt I was ready to lead a trip on my own.

Step #3: The third step is to experiment as a leader. After I’d done my research and scouted out the area, there came a time for trial and error.  During this time, I was a graduate student at the University of North Carolina at Greensboro and I helped lead a college Bible study for undergraduate guys.  I decided to experiment as a leader with a group of college guys (who else would be up for a haphazard adventure?)   I made out a schedule and a checklist of the necessary equipment that everyone would need to bring. Sending out a schedule ahead of time persuades those who are on the fence to commit to the trip. Schedules can draw clear lines of what will happen. 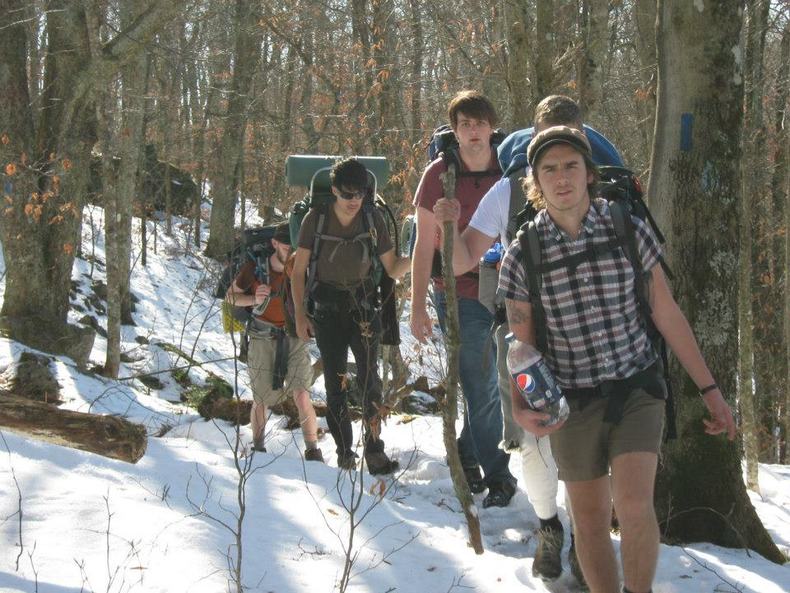 Step #4: Hike with people who believe that an inconvenience can become an adventure.  Since schedules do not always go as planned, hike with people who know how to wing it.  On my trip with the UNCG college guys, I made a rookie mistake of forgetting that snow slowly melts in the forest.   When we arrived at the Mt. Rodgers trail-head, there were about eight inches of snow on the trail. I internally cringed, hoping all of the guys had waterproof shoes on. Hiking through snow slows a hiker down significantly, and what I thought would be a 90-minute hike to the field where I camped last time ended up taking us three hours.

Most of the hike in I felt like an idiot or a delusional captain of a ship lost at sea. Thankfully the guys accepted this as part of the adventure, and we finally found the field where we would camp. The guys sat their packs down, and I offered prayers of thanks this field was not covered in snow (I profusely thanked God for this field being dry). We built a fire, set up camp and enjoyed the black night sky with stars overhead.

All seemed fine until 1 a.m. when wild ponies showed up at our campsite and started grazing around our tents. I walked outside and tried to chase the cartoon-like ponies away. The image of a pony hoof stepping on my head would not leave my brain. Sure enough, at 2:30 a.m. a pony trampled our tent. The pony's hoof touched my friend Justin's head, but the wild pony spared us. The next morning I woke up to the guys attempting to wrangle and ride the wild ponies.

Leading a backpacking trip is not completely safe or predictable. However, it challenges us in ways that modern life cannot, and this makes a person stronger. 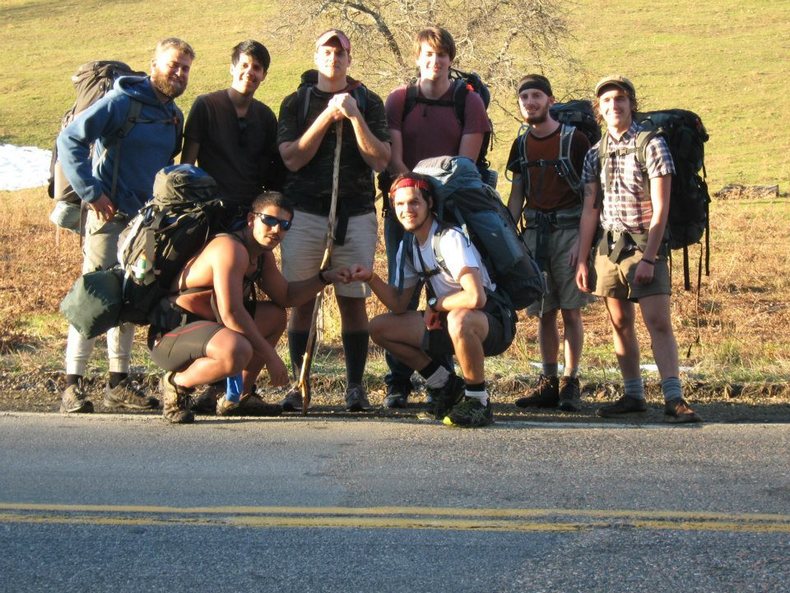