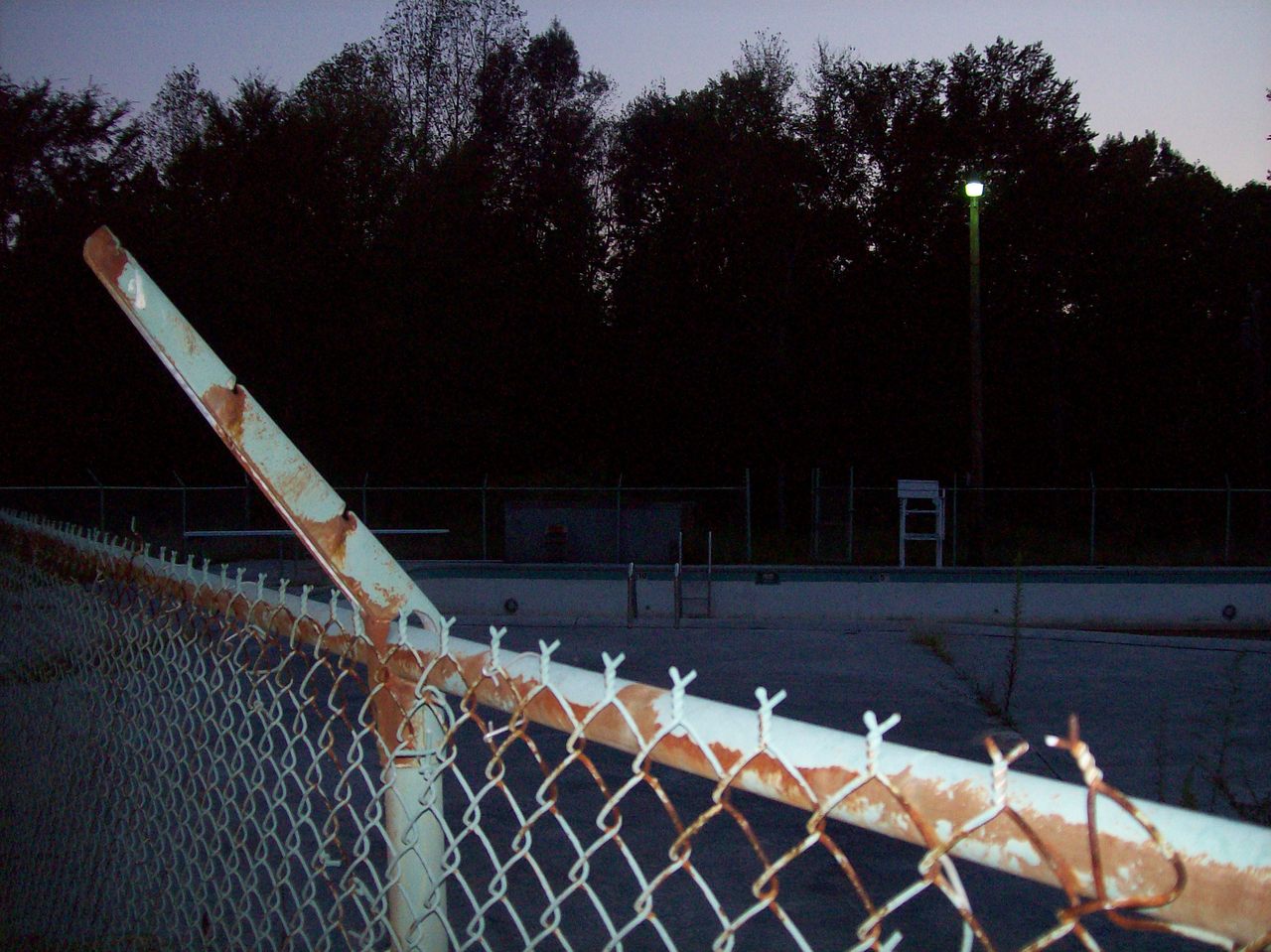 The North Carolina State Motto: One Reason I Became a Christian

During my senior year of high school that I achieved the goal of becoming semi-popular. High school is more like a hierarchy than a democracy. My senior year I had tasted what it felt like to be near the top of that hierarchy. Some of it conscious and some of it unconscious, I had struggled for three years of high school to be admired by underclassmen and respected by my peers. In my mind, I thought "If I could only become admired, then I will be alright."

How did I get respect from my peers? I got a 1998 Jeep Grand Cherokee, with two 12 inch sub-woofers (with 600 watt amp) and an MP3 Player, when MP3 players had only recently been invented. I had bought it all myself from working at my dad's auto shop over the course of a year. The acne that had plagued me from middle school, had cleared up because of the miracle drug Accutane. Acne can kill your self-esteem. Best of all, I diligently lifted weights to gain muscle. This allowed me to put on about 10 pounds of muscle. These are three reasons I felt I gained more respect from my peers, but also being a senior also put me at the top of high school food chain. I felt as if I had some kind of social power, for the first time in my life.

I found new friends at my high school, got invited to the right parties and networked with people from other high schools. The good times were there in the summer and fall of 2001, but in the middle of winter, I began asking questions about my newfound lifestyle at East Davidson high school. The questions started during the post-Christmas lull of January, February and March: Why do I feel fake? Are my friends----my real friends? Am I happy-------now that I'm popular?

I wanted all of this, whether I had achieved it or it had "happened" to me. But those questions got me on some night. One cold weekday night in February 2002 I sat in my Jeep alone listening to Radiohead behind my parents house. I parked my Jeep on the long gravel driveway that leads up to the rear of my parents house to conceal the fact I felt a hopelessness about my life; the kind you don't want your mom to detect. I was avoiding that moment when my mom would look at my face and say "What's wrong?"-----and then feel the obligation to comfort or counsel me. I needed to experience this hopelessness without parental surveillance. Listening Radiohead's Kid A was, for me, a reflection of how I felt: Haunting, reflective, introverted, hopeless, afraid. But this serious despair was something that I needed to resolve, I could not go on feeling empty. 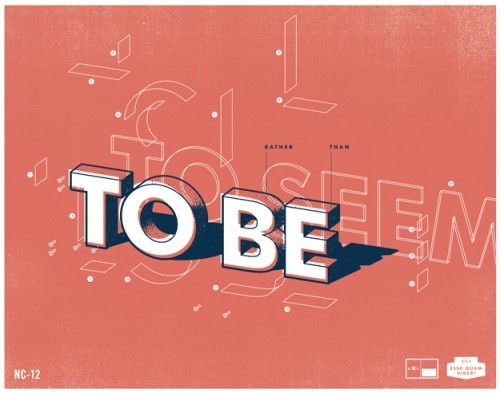 Teenage guys around 16 begin the transformation from a skinny teenager with acne into the physical appearance of a full grown man. Physically, the difference between a 14 year old freshman and an 18 year old senior can be a contrast between a middle school boy and an adult man. For me, I had passed through this stage of physical growth put on at least 15 pounds of extra muscle. I knew how to walk and talk like a confident adult male. But anytime I experienced any distress at that age, my insecurities arose and I no longer felt as confident. The North Carolina State Motto is "To Be, Rather than to Seem." I looked like a man---I played football, worked at my dad's auto shop and lifted weights. But why did I enjoy listening to Radiohead's "High and Dry" and feel so sad? Why did I feel so fake? Being a fake person really bothered me.

Six months later, at the beginning of my freshman year, I realized that if I didn't change things in my life, I would continue to be a sort of self-seeking, self-absorbed person. I decided I wanted to be a person of depth. I searched for direction and meaning on weeknights by browsing Barnes and Noble in High Point, NC. I bought Sigmund Freud's "Interpretation of Dreams," but never read it. I watched movies like "Vanilla Sky" trying to understand the meaning of the movie. I am thankful for Barnes and Noble existing-----a place for me to just go and think, books and couches.

I liked one girl named Lizzie a whole lot during this time. I remember telling her that I wanted to be a writer. Not a bad ambition, but it was something that was only an idea. At that point, walking around Barnes and Noble browsing books qualified me as on the path to becoming a writer. I told her about my interest in Sigmund Frued (never read him). I told her I wanted to be a physical therapist, which I had read in a magazine made a $100,000 salary. It was all hypothetical but I was full of potential.

Then there was the moment when she actually started to like me----and said she wanted to date. This was very exciting. But there was a moment when I realized that I had to live up to this hypothetical "writer/physical therapist person" I've been presenting myself as. Talking to girls at the time seemed to be something I could do----but following through with the "hype" was very difficult and scary. It is easy as a 18 and 19 year old to tell people what you want to be with very little understanding of what it takes to get there.

One weekend when she started to detect that I was about half as cool as I presented myself, a somewhat mature, unstable young man-----I didn't hear from her for about 3 days. I didn't know what to do. I'd spent all Friday night and Saturday morning listening to my semi-drunk friends at UNC Charlotte give me relationship advice. This was a nice distraction, but was not effective. Saturday afternoon was viscerally painful since I had not heard from her. So that Saturday night, I went to church with my parents just simply to get away from the thought of Lizzie breaking up with me. I needed another distraction, so I went to church that night after my mom invited me to a youth event. I had not been to any youth event in at least 3 years.

I heard a sermon that night, that I didn't expect to hear from a man named Brody Holloway about what it means to live for God. This man was not a salaried pastor or look like a professional preacher. He was a visiting pastor that night and spoke as if he actually believed what the Bible said about life. As he was speaking, God said to me "Nathan, follow Me or stop saying you are a Christian."

For years I just assumed the Christian life was not practical, not realistic and only for married people. Most of all, I knew such a lifestyle was not cool. But at this point--- everything was working but nothing was working. The cool path (as it was defined in Davidson County in 2003) of having an ideal girlfriend and getting respect from all the right people clearly did not give me security or peace I needed. I was hyperaware of my own weaknesses and flaws, but the "cool" worldview offered me little direction in terms of who I was supposed to be or facing your own personal limitations.

It was time to reckon my hypothetical self that I'd advertised myself as, with the actual Nathan. Thankfully God was interrupting my life to lead me in a new direction. God interrupted my life to help me to face the fact that I only "seemed" like a full grown man at 19. On the outside, I looked the part. I even told people I was a Christian, but did not act like it. This was more to please my parents. But God knew that this was a front that needed to change. God was not OK with me being a hypocrite nor was He OK with me being a poser. Romans 5:8 says "But God demonstrates his own love for us in this: While we were yet sinners, Christ died for us." Being aware of my own sin towards God and others, I felt God begin to speak to me and invite me to stop being a faker.

Some people say there is no such thing as an ugly person. Have you ever seen a self-centered woman who is beautiful? Her self-centered air diminishes her beauty, perhaps kills her beauty. Have you ever seen an arrogant man who is handsome and physically fit? He's no longer respectable or "a beast," he's a jerk. Vanity, lack of character and lack of self-awareness can ruin who God made us to be. Without Christ, we can live morally ugly lives while having an attractive exterior.

A few weeks after I went to church that night, I asked God to forgive me of my sinful life and I began to follow Jesus. A number of other events happened that gave me reason to follow Jesus and I could type another 2,000 words telling those stories. There are multiple reasons I became a Christian, please ask me and I'll be happy to share other reasons why I believe. But I am most thankful for this reason/result: God interrupted my life so that I would be a man rather than merely seem like a man. I knew that I didn't want to be a poser-----but now I knew a pathway out of being a poser-----follow Jesus.