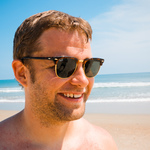 Whatever you read here is a way for me to hash out ideas until I can talk about them in real-time with whoever is willing to join in.

Music for Study and Work Productivity

Top Four: Tycho, Explosions in the Sky, Moby and Enya

Music makes mental work easier. If you are a student, you might need to review terms for biology in order to pass an exam. If you are writing an essay, you might need music to feel inspired. Doing menial tasks at work can be the same way. Sitting at a desk for 4 straight hours doing work on a computer feels like running a mental marathon. If . . .

Short and Long Quotes on Writing

Two Questions: Consumerism/Citizenship and Reading the Gospel of Matthew

Below are two questions that I'd like some input on. If you have any answers to either these questions, please type a response in the comment section. Or feel free to email me at Nathancharlesbranson@gmail.com with your thoughts. I am looking to start a conversation about these things, whether online, via email or in person.

"The most fascinating people in the world are the people who are most fascinated by the world, and those same people are the ones who change the world. No one who’s ever influenced this planet has ever done so without being remarkably curious."

"What I have learned from about twenty-years of . . .

The 5 Year Process of Learning How to Wakeboard

I tried wakeboarding in 2006 for the first time at High Rock Lake outside of Lexington, NC. At the age of 22, I believed I could do anything. In terms of social, physical and intellectual confidence, I was at a peak. Along with that, I knew how to snowboard. The transition seemed like a given. Snowboarding and wakeboarding begin the same way . . .

Posted in: community collegememoryself-controlteaching yourself

On The First Two Chapters of Walden

The best thing about a carefully crafted mix CD is that it often contains your friend's favorite songs or a band's best songs. The mix CD cuts out the process of having to work hard to find the good songs and just allows you to hear what is worth your time. If I were to make a mix CD from Henry David Thoreau's "Walden," . . .

Why We Never Stopped Watching TV

And One Method for Watching Less

Is cable television is hurtful or helpful for our society in 2015? This is not a new question. 2015 marks the 30 year anniversary of the 1985 publication of Neil Postman's "Amusing Ourselves to Death: Public Discourse in the Age of Show Business." Postman's book lays out multiple arguments that show how cable television is . . .